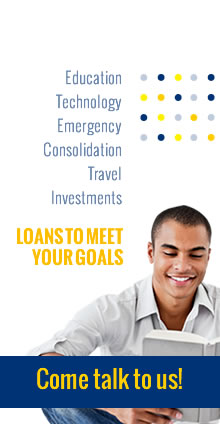 ” Innovative service to our members… that will inspire and instill confidence and trust.”

Today, as we approach another milestone in the Organization’s History –The Credit Union’s 60th Anniversary – 1946-2006, and reviewing the performance of the Organization to date, one would be quick to admit that maybe it is the dividend declaration of twelve and one half percent (12.5%) for the fourth consecutive year that would maybe hold the high point of our success. However, in the words of our current President Louis Andre Monteil, it is the development of the Human potential of the Credit Union: the bonding of the Board of Directors, the Management and Staff of the Credit Union and the Membership body as a whole, working together that absolutely underscores the success factor of CLICO Credit Union Co-operative Society Limited.

This element has led to the creation of opportunities whereby each and every member could access not only a variety of programmes ranging from Personal Motivation to Financial Planning but also to a Suite of Investment Loan, which facilitates the Creation of Wealth, for the individual member. The result is that we have a large group of members who are very much involved and interested in the Organization’s progress. This is the kind of Legacy that has been created and one which will continue to make the Task of steering this Ship of CLICO Credit Union easier, as we continue to Sail through the turbulent choppy waters into the calm seas of wealth fulfillment and satisfaction for all Members.

At present we embrace a much wider cross-section of our Bond the CL Financial Group, than was ever envisaged at the onset and these individuals are constantly encouraged not only to save “till it hurts” but also to invest in the many financial opportunities offered by the Organization on a regular basis. Another clear vision of this Board is to make life rewarding for its members – ‘To raise the Bar’ for the individual member, to provide them with opportunities which would not only facilitate this process, but with also the process of Wealth Creation and a sense of balance to life. No doubt, our Annual Cruises have provided that element over the past five years 2002-2006. What a pleasurable form of Education and Bonding as Board and Management chaperon over sixty (60) members each year sail from the Caribbean Sea – to South America, to the South Pacific –with the mutual benefit re-douning on both member and Organization as a whole.

The continued growth of the Organization is evidence of the solid growth capacity build up over the past years, by the auspicious Leadership and Governance of the Board of Directors, the commitment and astute Management of the Credit Union and support and loyalty of the six thousand plus Membership Body.

Throughout its existence the CLICO Credit Union has placed major emphasis on enhancing the quality of life for its members and continues to offer a broad range of products based on their demands. Our vibrant system of Link Officers are especially helpful in maintaining the lines of communication in the flow of information across the length and breath of the Membership Body, while efforts continue to afford members electronic access to their accounts, as well as our various products and services. With Membership now standing at over six thousand (6000) and Assets in excess of Seventy thousand dollars ($70,000), CLICO Credit Union Co-operative Society Limited is extremely well poised to take its place as one of the Nation’s Large Credit Unions.
May Almighty God continue to bless this Organization with Divine Favour, as we approach another milestone in our Credit Union history -Sixty (60) years of Excellence. ….Projecting Confidence….Inspiring Trust.